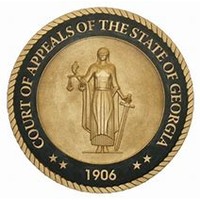 In response to a motion by the defendants in December, Henry County Superior Court Judge Brian Amero signed an order to dismiss the case on the grounds that the Georgia Minutemen do not have “standing” in the case to sue.  The Georgia Minutemen steadfastly contend that if they do not have standing to use Georgia’s “Monument Protection Law,” then there is no person nor entity on the planet that does have standing to use the law.  The Georgia Supreme Court has ruled on more than one occasion that the General Assembly has the authority to confer standing by statute… which is exactly what they have done in this law.  It is plain enough for any literate person to see clearly.

The ink was barely dry on Judge Amero’s order to dismiss the case before attorneys for the Georgia Minutemen had an appeal filed with the Georgia Court of Appeals.  The case will now be heard by that court on appeal before being sent back down to Judge Amero if the appeal is won on the matter of standing.

This is the first case in the nation in which officials responsible for the removal of a statue have been sued in their individual capacity.  In so doing, the case is already the first in the nation to overcome the legal hurdle of the “sovereign immunity” defense.

This is going to be a precedent-setting case in not only Georgia but in all of American jurisprudence for years to come.  If we fail to win this case, there is NO statue in the country which will be safe from the cultural Marxists and their practice of cultural genocide.  We MUST win this case.  If we lose this case, literally scores of other cases across Georgia and across the country will fall because the courts are watching our case closely.
I am asking every American reading this to please make some donation to our efforts.  The enemy thinks that he is going to simply outlast us because we won’t have the funds to continue.  We MUST have the funds to continue this and our other efforts to stop the cultural Marxism going on in America.

Would you please stop what you’re doing and click on the link below to make some contribution to our efforts?  How much is it worth to YOU to have us stay in this fight?   Your children and your grandchildren cannot afford for you to sit by on the sidelines and just watch for the outcome.  What will you say when they ask you years from now what you did to stop what is happening in America when you had the chance?

I am not asking anyone to do anything that I have not already done and continue to do personally.  To date, I have personally spent more than $5,000 in this effort.  I was also arrested for being the only one who refused to vacate the sidewalk when the officers said, “The crane company can’t remove the statue until we clear the sidewalk.”  So I refused to move until  they arrested me.  They have since trumped up the charge against me from a local city violation to a state criminal offense… all because I have refused to plead guilty and accept their “gracious” offer of reducing the charge back down to a local ordinance violation with a $100 fine if I will just plead guilty.  I am not pleading guilty to anything but love for God, for Georgia, for my ancestors, for their Cause which was right, for my children, and for America.

Please join me and make a generous contribution to our efforts today by clicking the link below.  Time is of the essence!

Then click the next link to join the Georgia Minutemen for as little as $10 per year.

Then forward this email or post to every patriotic American that you know.  We can NOT afford to lose this battle!

MAKE A DONATION TO THE CAUSE TODAY